Saint Viator High School is often described as a place that feels like family by those who walk through its doors. Saint Viator exists as a welcoming and academically inspiring community in which students are valued and educated as whole people. Classes are small enough for students to get to know everyone, yet large enough to enable a competitive curriculum. Teachers and staff are dedicated to the intellectual, physical, spiritual, and emotional growth of each student, providing the attention, nurturing, and support a successful academic career requires.

Saint Viator High School is a Catholic, college-preparatory community of learning called to provide religious formation and an academic program of excellence to young men and women.

Saint Viator High School has been recognized as an Apple Distinguished School for 2019-2022 for its ongoing commitment to innovation and the use of technology to enhance student learning. The school was also designated with the same recognition for 2015-2017 and 2017-2019.

For the second consecutive year, Saint Viator High School in Arlington Heights has been recognized with the AP Computer Science Female Diversity Award. Given annually by the College Board, the award recognizes schools for achieving high female representation in AP Computer Science Principles.

According to information provided by the College Board, 20,000 institutions offer AP courses and Saint Viator was one of roughly 1,100 that achieved 50% or higher female representation in one of the two AP computer science courses. 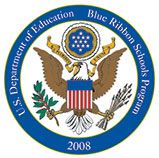 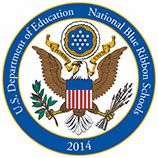 Honored in 2008 and 2014, Saint Viator High School has been selected as a National Blue Ribbon School by the United States Department of Education. This is the highest national award that a school can receive. This marks two awards in a row for Saint Viator, as schools are only eligible every six years. 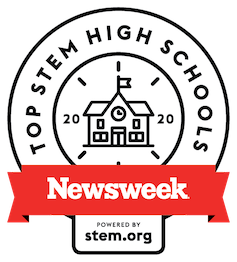 Newsweek, with its long history of reporting on scientific breakthroughs, technological revolutions, and societal challenges, partnered with STEM.org to rank America's Best STEM High Schools. They found schools in every region of the country that offer skilled teachers who keep up with developments in these fields and who create dynamic learning environments to engage their students. We are proud to be recognized as one of Newsweek’s Top 5,000 STEM High Schools.

St. Viator lived during the fourth century in the area of Lyon, France, and served as an aide to Bishop Just. He worked as a catechist helping young people develop their religious beliefs. By public acclamation, both St. Viator and Bishop Just were declared saints.

In 1831, Father Louis Querbes of Lyon established a religious community of young men to assist the clergy in their parish work, especially in the teaching of catechism to young men. This association of young men grew into a religious community. When Father Querbes looked for a model for his group, he remembered Viator, the Saint from his home city who carried out similar work centuries before.

For more than 160 years, Viatorians have proclaimed the Gospel as educators and ministering to a variety of needs. Today, that congregation includes around 800 priests, brothers, and lay associates who continue to serve as a community dedicated to education and spreading the mission initiated by their founder, Father Louis Querbes.